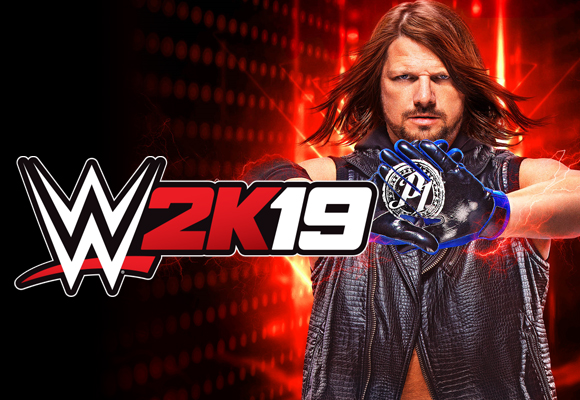 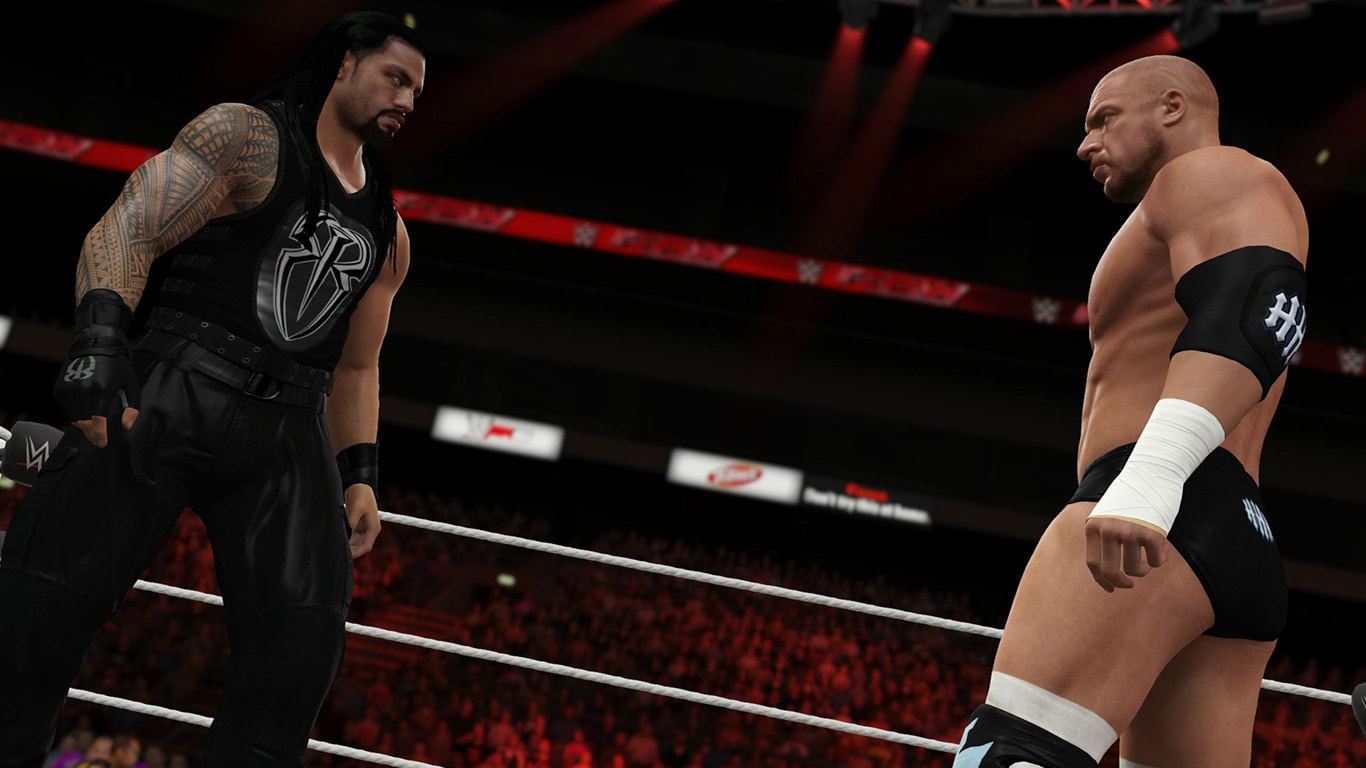 WWE 2K18 is the upcoming wrestling game on the market, which might be the best created. At least when it comes to the graphics and the gameplay. I know that many would disagree with me. Games like Wrestlefest, released in 1991, were very fun to play. But comparing the gameplay and graphics of such games with the WWE 2K18 is unthinkable. With good controls over the players, which significantly improved the gameplay from the recent 2K releases, the WWE 2K18 will be a blast.

Expected to be released this October, the game will shake the previous wrestling game records. The best thing that I considered for listing this WWE game as the best is its excellent graphics. If you don’t believe my words, look at this WWE 2K18 gameplay and find the irony.

WWE 2K17 is the officially available best wrestling game, at least until the release of the 2K18 in the series. The beautiful gameplay and well-described character design made this wrestling game one of the best in the business. You probably have played this game if you are a wrestling game fan and own a good PC. The game is published by 2K sports, which has been doing it for the last few years. The WWE 2K17 is an excellent combination of brilliant graphics and enjoyable gameplay. Even the entry videos of the characters will show you that. 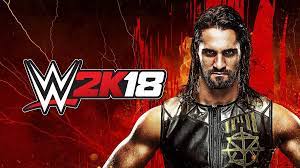 This game serves a great ring action with superior controls. It was never easier to control and fight the wrestlers. The difficulty of taking down the opponent has increased considerably which might be a problem for beginners. However, it is nothing complicated to beat your opponent once you get into it.

The third 2K games in this row, WWE 2K16, deserves to be here. For the fans of RKOs and the F-5s, the 2K16 is a great game. With their finishing moves, John Cena, The Undertaker, and Randy Orton look amazing in the game. Regarding the graphics, there is no one to beat the 2K series of wrestling games. I think more game developers should enter the wrestling industry to contend with 2K. The World Wrestling Entertainment games should be taken to the next level. 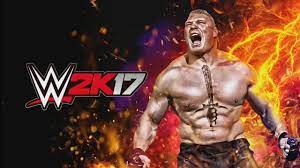 WWE 2K16 also has good gameplay, special moves, great finishers, and real-life controls. If you didn’t like the latest versions in this series, you should probably go for the 2K16.

Released in 2002, the WWE RAW is one of the evergreen wrestling games. If you wrestle using this classic, you will fall in love with it. Even if the graphics can’t reach near the 2K wrestling games, the RAW still can make a great competition with its addictive gameplay and excellent features. The moves look a bit artificial. However, it is still enjoyable. While moving the players, there is no artificial intelligence to make it look natural. So, it will be a little weird to play the game. But as I said, it is still enjoyable.

If you love classic RAW wrestling matches, you will love this WWE game published in 2002. The game has no fantastic visuals, but it has addictive gameplay with many of our favorite wrestlers, including The Rock, John Cena, Big Show, etc.

Originally published for the Arcade consoles, the Wrestlefest – 1991 is also available for PCs. This is an old wrestling game that most of us didn’t get a chance to play. All-time stars like Hulk Hogan and The Ultimate Warrior are in this game. So, if you can’t find your favorite classic WWE superstar in those modern WWE games, the Wreslefest is the right place to search for them. There is no need to say that the graphics of this game isn’t that great. However, this game is more than enough for a kid in the 1990s who loves WWE.

WWE RAW 2 is a similar game to the WWE RAW released in 2002. The game interface and controls are very similar to the successor. The game was released by Anchor Inc. originally for the Xbox consoles. However, the game is then repacked for PCs which is currently available on several websites to download. Like any other classic WWE game in this list, this one also doesn’t have great graphics and striking visuals. However, it could provide excellent gameplay with smooth controls. The player movement also looks artificial in this version, which is not a big problem.

Unlike other games in this list, Total Extreme Wrestling 2004 is a text-based WWE simulation game. In simple words, you could be the Vince McMahon of the WWE. You can control the look of the players, manage staff, customize names, and do much more on this text-based WWE game. You can run wrestling shows in different countries all over the globe, like the US, Canada, Mexico, the UK, Japan, and Australia. You will get earnings for each view or audience you get. Even if playing this game is not super fun, it is still enjoyable for hardcore WWE fans.

Wrestling Spirit allows you to take control of a wrestler and build a successful career in wrestling. Like the TEW games, the Wrestling Spirit is not based on actual action. You can control the player using the interface provided and compete with others on the game. Every aspect of the wrestler’s career will be under your control. In other words, you will be the wrestler in the game, and you can do whatever is possible. Different versions of the game on the market are better than the other. So, you can choose any one of them as per your requirements. My selection is the Wrestling Spirit 3.

The fourth 2K game on this list which is a blast. Like any other wrestling game developed by the 2K, this one is an excellent example of how good wrestling games can be. Superior graphics, good controls, and familiar gameplay make it one of the best on this list. Beyond the excellent graphics and unforgettable characters, the WWE 2K15 provides engaging gameplay throughout the game. Here is a sample gameplay of the WWE 2K15 to show you how good it is.

WCW is a wrestling game based on the WCW Monday Nitro TV show. So, if you were a fan of the WCW Nitro, you should play this game. You can grapple your opponent and try to win the matches like in any other games on this wrestling game list. The gameplay is good, and there are plenty of your favorite wrestlers to choose from. If you are into wrestling games, you should try the WCW Nitro at least once. Even though it is an old game, it still has many special moves that will excite any wrestling fan out there. So, don’t hesitate to try the WCW Nitro on your PC.

Yet another classic, the WWE Smackdown Vs. RAW 2007 will give you goosebumps when playing. The brilliant gameplay, good controls, and thrilling intros all add to the excitement of the game. It is based on the WWE Smackdown and the WWE RAW versions. All the superstars who wrestle in those series will also be available in this game. The player movements and controls improved significantly compared to the previous WWE games and look more authentic. WWE Smackdown Vs. RAW 2007 is a must-play wrestling game. It would help if you played it at least once.

Fire Pro Wrestling World is a unique wrestling game whose game looks nice, but the controls are slightly different from others. You will feel like you are playing an arcade game where the movements are not smooth. You will also feel like the game repeats the movements again and again. However, it included a considerable number of player skills which might be exciting for kids who love wrestling. In my opinion, this game is more suitable for young wrestling fans than adults. So, if your kid loves wrestling and wants to try out some games, the Fire Pro Wrestling World is an excellent game to install on your computer.

WWF In Your House is one of the oldest wrestling games for PC. The game looks good, and the gameplay is not that bad. However, the movements and especially the player’s fall look more unreal. After receiving a kick from the opponent, the player flies to the sky and falls back to the ring. It is a little unacceptable. Apart from that, there are no significant problems in playing this classic wrestling. You can’t expect great graphics in a 90s video game. So, no need to mention the graphics is a little lower here.

If you are more of a graphics guy and detail in the gameplay, the Pro Wrestling X is an excellent game to start with. After the 2K games, the Pro Wrestling X is one of the best wrestling games with good graphics. The player movements also seem to be friendly and look natural. But I felt that the players miss a lot of hits and kicks, even for the nearest targets. Many of our users also reported this. So, respecting the creators’ work, you may try it. Maybe you like it with its uniqueness, or maybe you do not. Anyway, try it.

WWF Raw is a game based on the WWF RAW TV show. The game is entirely based on the WWF RAW with the exact crew back in the game’s release date. WWF RAW is enjoyable, with iconic wrestler intros, excellent gameplay, and smooth controls. It is very similar to the WWE RAW and Smackdown games, with minimal changes in the gameplay. Regarding the graphics, the developers could implement almost real-looking faces and bodies. WWF Raw is a big game to have some wrestling fun.

SLAMMED! is a different wrestling game that is also a text-based simulation. The game turns a scripted steel-cage wrestling match into a real fight with a more than 250,000-word interactive novel! In the game, you can be a powerhouse, a technician, a high-flier, or even focus on your promo skills. You can even develop your wrestling skills in the game. Most gamers will not be interested in such games, but it is still a wrestling game to look at if you are bored of playing casual wrestling. The SLAMMED! It is the best game to find a difference.

Wrestling Revolution 3D was primarily developed for mobile phones but is also available for desktops. The game is fundamental, with basic controls and unnatural-looking movements. If you dislike any of the above-listed wrestling games, Wrestling Revolution 3D is also an excellent choice. The game has simple controls that may force the players to use the same kind of movements repeatedly. So, only go for it if you don’t have many resources to play the high-graphic wrestling games listed above.

Author’s Opinion regarding the Wrestling Games For PC

The Wrestling Games For PC has compelling features, while considering the security purpose, priority is very high. No VPN or RDP is required for the said purpose. In some cases, the emulator also works fine, and middleware software also has a vital role in smooth functioning. Therefore, the author recommended the Wrestling Games For PC for your personal use and has no issue regarding the installation on PC (Windows and Mac). I hope you also use it without any trouble; if you have any issues, please mention them in the email, and we will provide you with proper solutions. Please like and share with others; we made a lot of effort to collect the software for your download.