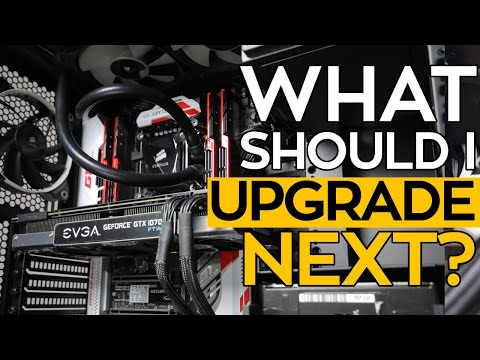 Contents
1 When should you upgrade an old gaming computer?
1.1 Your hardware?
1.2 Is your hardware good enough?
1.3 What do you upgrade first?
1.4 A good upgrade?
1.5 Keep these 2 things in mind and you’ll be good to go:
1.6 Conclusion
1.7 Author’s Opinion regarding the What Should I Upgrade On My PC For Gaming

Upgrading hardware is a normal part of owning a gaming computer, but knowing when to do that can be challenging. New hardware releases all the time, but you might not have to upgrade every time something newer comes out.

A GTX 780 might not need an upgrade quite yet, but a GTX 750 would. There’s a similar trend with processors, an older Intel i7 4790K might be completely fine but an i3 4160 could do with an upgrade.

First, you want to figure out what kind of hardware you’re running. You can do this in a number of ways so let’s go over 2 easy ones right now.

If you already know what you’re running, feel free to skip over to the next section. The main parts we’re really concerned about right now are CPU, GPU, and RAM.

1.) Bringing up the DirectX Diagnostics Tool is often the easiest way to check your most important specs. Every Windows-based computer has it installed by default so this isn’t a program you have to download. All you have to do is click Start, type “dxdiag” and open the first program that comes up (assuming it’s the tool we’re looking for).

All you have to do is click Start, type “dxdiag” and open the first program that comes up.

Doing that will bring up a useful utility for quickly checking what processor you’re running, the amount of RAM you have and the graphics card you’re running. When it comes to gaming, these are the most important components you want to consider.

2.) Another easy way is opening System Information. This is another utility that’s installed on basically all Windows-based systems by default. Just like with DX Diagnostics, simply click Start and type “System Information”. It should come up first. Open that and you’ll have access to way more than DX Diag can give. Everything we need can be found under “System Summary” and “Components > Display”.

HWMonitor or another third-party program like it would also work if you have anything like that installed.

You want to take a quick note of your processor (CPU), graphics card (GPU), and the amount of system memory (RAM) you have. 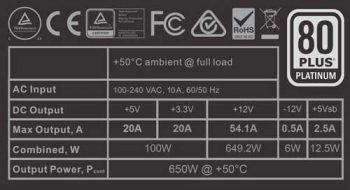 You should also take note of your power supply and its specs. Since your PSU doesn’t interact with your motherboard in any way other than supplying power, you need to actually check the physical sticker that’ll be slapped on the side of it.

Without getting too picky or technical, you’re looking for 2 things listed on your PSU; an 80+ rating and the amount of wattage it’ll supply. If your supply does not have a sticker or any kind of specs listed on it, it might not be in your best interest to keep using it.

Is your hardware good enough?

Now that you know what kind of hardware you’re dealing with you can determine if they need upgrades, or not. Knowing how and when to upgrade your desktop effectively boils down to understanding your hardware.

The Steam Hardware Survey works as a great way to check what everyone else is running in their gaming rigs. Right now the survey tells us that most people run 4-core CPUs, a GPU with roughly 2-4GB of VRAM, and 8GB of RAM or better. At the time of writing this, 12GB+ of RAM is slowly overtaking 8GB as the norm and 4-6GB of VRAM is quickly replacing 2-4GB.

Working backward, you want no less than 8GB of RAM for the vast majority of games, an absolute minimum of 2GB of VRAM on a newer GPU, and a CPU with at least 4 physical cores.

But, let’s pretend your PC doesn’t look anything like that.

Let’s pretend you’re running an old dual-core i3 3320 processor on a locked motherboard, a 1GB HD 5500 graphics card, and 4GB of RAM. Not an ideal setup for gaming in 2018 by any means. Modern games struggle to run at even 30fps and even your old favorite CS:GO puts some serious stress on the system. On top of all that, your PSU is equally old and does not have an 80+ rating of any kind.

What do you upgrade first?

In this situation, you’re not looking at an easy or a cheap decision. The processor is dated and fairly weak, the amount of RAM is subpar for gaming and the GPU is very lacking. This desktop would basically need upgrades all around.

Not ideal. But, it might be the only good option for a build like this; well, short of starting fresh with a new build. Upgrading to a stronger 3rd gen CPU like the i7 3770 would practically be a waste of money and buying more DDR3 RAM is getting to be kind of pointless as well.

A build like this is better off being retired and replaced in a lot of cases. It might be a little more expensive right away, but it’ll ultimately be cheaper in the long term. Even my $500 budget gaming PC build would work as a huge upgrade in comparison.

On the other hand, say you have a desktop you picked up a few years ago that’s running an i7 4790, 8GB of RAM and a GTX 760 with 2GB of VRAM. The higher-end i7 4790 processor is still relevant to this day and packs more than enough power to handle modern AAA games. But, the GTX 760, on the other hand, is quickly falling behind; upgrading it to a newer 10-series GPU like the GTX 1060 with 6GB of VRAM would be a great choice without spending an insane amount of money. That upgrade would nearly double your gaming performance without changing anything else.

By now you’ve checked out your specs, compared them to the average, and determined you’re probably due for an upgrade.

It’s finally time to pick out good upgrades, ones that actually make sense. Sure, you could simply go through and pick the best of everything, there’s no harm in that. But if you’re looking to burn as little money as possible then you’re going to have to make smart choices.

Generally speaking, you almost always want to stick with the current generations of components. Sometimes you can find a good deal on an older high-end graphics card or processor and that’s fine, but for the most part, you want to buy the newest parts possible. This will ensure you get the most out of your money and the longest hardware lifespan possible at the same time.

With that in mind, actually finding good parts to upgrade to is pretty simple. Just make sure you’re doing research beforehand because “sideways upgrades” are a real thing and sometimes you won’t need to upgrade at all like we’ve covered.

Say for instance you have a GTX 760, upgrading it to a GTX 1050 would actually give you almost the same amount of power even though it’s a much newer card.

Or maybe you have a GTX 980 but want to spend a little less this time and get a 6GB GTX 1060. Well, there would be almost no point as they’re packing almost the same amount of power. Between those cards there’s really only a 5-8% difference in performance which just isn’t worth spending $300 for – you’d be better off saving up a bit more and getting a more powerful GPU like the GTX 1070.

It’s similar with processors. If you have a good high-end processor that’s a few years old, like an i7 4790K or similar, there’s no point in going any lower than an i7 7700K or an i5 8600K. If you upgraded to say an i7 6700K you probably wouldn’t even notice a difference in gaming performance outside of benchmarks; not ideal. Keep in mind that whenever you upgrade your processor to a new generation you’re probably going to require a new motherboard as well as well as a fresh install of your operating system.

Keep these 2 things in mind and you’ll be good to go:

By now you should have a good idea whether or not your PC needs an upgrade. Considering you’re looking around the internet to figure out if your computer is obsolete, well, it probably is. Save yourself a headache and just upgrade! You know which parts to get, you know how to install them, there’s only one thing left to do – take action.

It boils down to answering the questions of “how old?” and “what tier?”.  Old and low tier? time for an upgrade. Old and high-end? You might still have some time left depending on exactly how old.

If you’re still unsure, don’t hesitate to ask in the comment section. Simply post the specs we figured out earlier (CPU, GPU, RAM, and PSU) and I’ll let you know what I think the best course of action is.

The What Should I Upgrade On My PC For Gaming has very strong features, while considering the security purpose, priority is very high. No VPN or RDP are required for the said purpose. In some cases, emulator also working fine and middleware software also have the important role for smooth functioning. Therefore, author recommended the What Should I Upgrade On My PC For Gaming for your personal use and has no issue regarding the installation on PC (Windows and Mac). I hope you also use it without any trouble, if you have any issue, please mentioned in the email, we will provide you answer with proper solutions. Please like and share with other, we did lot of efforts during the collections of the software for your download.