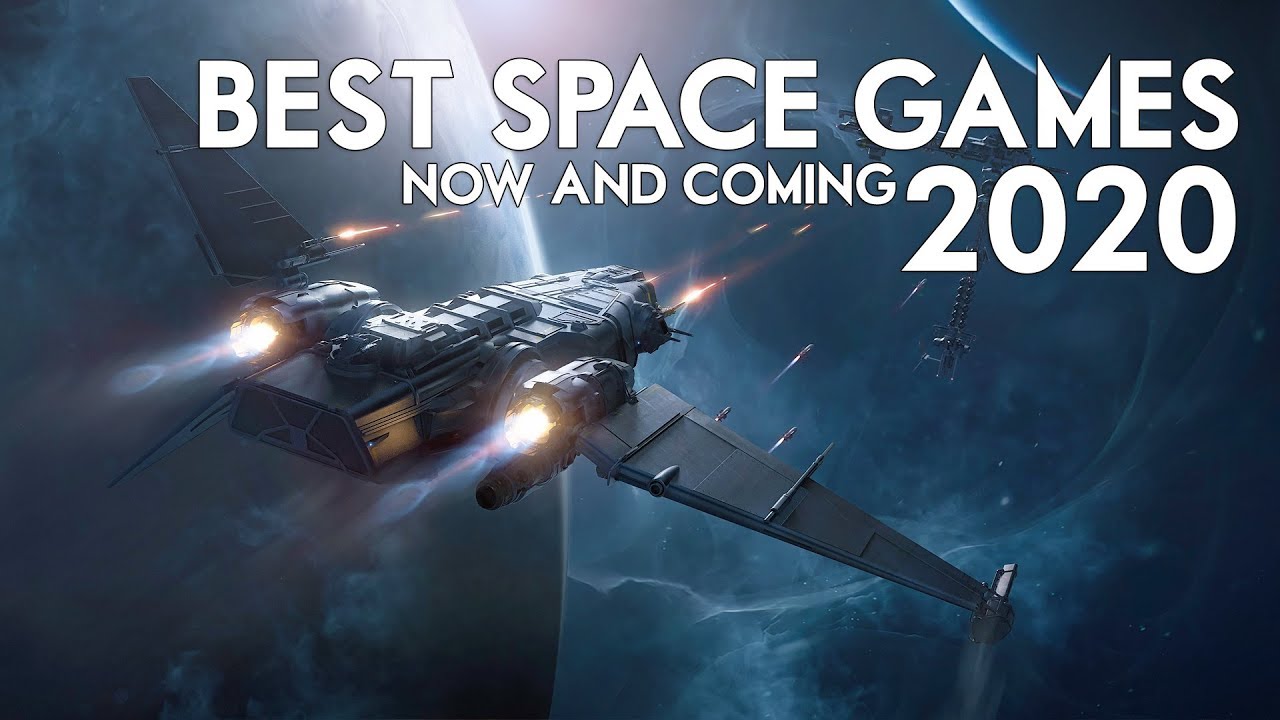 The year is 2023 and despite how futuristic that sounds, us average folks probably won’t be headed to space for a weekend getaway any time soon. Until such a day as we can all escape Earth on a whim, here are some of the best games set in space to take you out to the unknown without actually leaving your room.

Whether you want to explore strange new worlds, seduce weird aliens, or become a feared galactic bounty hunter, there’s a space game for everyone on PC, and the following are currently the best examples you can play right now.

A first-person open world game about exploring a small solar system full of weird planets and odd cosmic phenomena. The catch? You’re trapped in a time loop, giving you just 20 minutes to explore at a time. Outer Wilds is reminiscent of games such as Her Story and Obra Dinn in the way you piece a puzzle together by discovering and connecting small, often seemingly unrelated details.

Not to be confused with Outer Wilds, which is also a space adventure and also on this list, Obsidian’s latest RPG is a comedic action RPG that hearkens back to the studio’s days working on Fallout. You and your companions will hop around a solar system full of literally colorful environments and figuratively colorful characters. Corporations are the big bads of the retro space future where you’ll shoot up aliens, choose dialogue, and generally make a mess of every planet you show up on if it suits your fancy.

One of the best singleplayer RTS campaigns ever made, and beautifully remastered by Gearbox. The sight of thousands of your ships streaking across the game’s vividly colourful space-scapes is hugely dramatic. And battles are tense and tactical, with many types of ship to command, including colossal battleships. The Remastered Collection looks great on modern PCs and comes complete with the original Homeworld and its sequel.

The space station Observation has broken away from its Earth orbit and is drifting somewhere near Saturn. Its systems are malfunctioning, a fire has broken out, and the on-board artificial intelligence, SAM, is acting strangely. Things are not looking good for Dr. Emma Fisher, the reluctant hero of this sci-fi thriller from the studio behind Stories Untold. But what’s interesting about Observation is that you don’t play as Fisher. Instead, you play as the AI.

Leaving Earth behind, humanity heads to Mars to start a new colony: and you’re in charge of it. Your new civilisation will grow from one small dome in the Martian desert to a bustling, sprawling off-world metropolis. But just make sure you don’t run out of oxygen or power, because on this ruthless planet it’s a death sentence for every citizen under your control.

The crew has mysteriously abandoned the Tacoma lunar transfer station, and you’ve been sent to investigate and recover its precious AI, Odin. This atmospheric sci-fi mystery from the makers of Gone Home is wonderfully written, with a cast of rich, nuanced characters telling a compelling story through interactive AR recordings. Exploring the hyper-detailed station is a delight thanks to the game’s extraordinary attention to detail, and the more you learn about Tacoma, the deeper the mystery gets.

This unique twist on the space sim shares the trading and exploration elements of games such as Elite Dangerous, but feels more like commanding a submarine. You don’t see space itself; just a series of utilitarian rooms full of screens and machinery. There’s a lot to manage, and you play several roles at once: pilot, engineer, comms officer. But despite the limited view of your surroundings, you still feel like you’re hurtling through space in a starship.

An entire galaxy is your playground in this space sim. Starting with a basic ship and a handful of credits, you shape your own destiny. Do you become a fearsome pirate? A master trader? An explorer? The beauty of Elite is being able to play in a way that suits you. From thrilling dogfights to gentle exploration, there’s something for everyone. And its ships are all an absolute dream to fly, whether it’s a nimble fighter or a heavy duty cargo hauler.

Live another life—in space! There’s nothing else like EVE Online on PC, a massively multiplayer RPG where everything is controlled by players. It’s a living galaxy in which thousands of capsuleers fight, trade, mine, and explore together. Break away from the relative safety of your police-patrolled starting system and you’ll find a ruthless, cosmic Wild West, where piracy, espionage and scamming are rife. Whether you’re fighting in a massive space war, where thousands of real-world dollars hang in the balance, or just exploring New Eden on your own, EVE is an unforgettable experience.

When you die in roguelike Everspace, you’re dead. But money earned carries over and can be spent on upgrades, which means you’ll be more powerful for your next run through the cosmic gauntlet. And these perks keep adding up, allowing you to travel deeper into space, and more boldly, with every successive attempt. It’s a compelling loop, and when you die you’re never frustrated: just excited to start again, wondering how far you’ll make it this time.

Space is the perfect setting for a horror game, and Dead Space is, next to Alien: Isolation, one of the best examples of the scary sci-fi genre. Engineer Isaac Clarke is sent to investigate a stricken ‘planet cracker’ ship, the USG Ishimura, and finds the craft overrun with hideous, fleshy monsters. Taking cues from Alien and, quite blatantly, cult favourite Event Horizon, the first game in the series is still the best. The increased focus on action in the sequels killed it.

Developed by Petroglyph, a studio founded by Westwood veterans, this real-time strategy is one of the best Star Wars games on PC. The streamlined interface and accessible systems might turn off some hardcore strategy fans, but in the thick of its chaotic, thrilling land and space battles the game is irresistible—especially if you’re a Star Wars fan. And hero units like Darth Vader and Luke Skywalker only add to the excitement.

A real-time tactics game about giant spaceships clashing in the Warhammer 40,0000 universe. Battles take place on a 2D plane populated by capture points and asteroid fields, and the ships handle like giant, deadly cruise liners. You can unleash fighter and bomber squadrons, launch torpedo barrages and laser attacks, and board other ships. The space battles are involving and spectacular and the campaign is satisfying—especially for 40K fans.

A stylish game of galactic conquest. Not the broadest or deepest 4X strategy game on PC, but an atmospheric afternoon-killer that blends strategic decision making with a beautiful presentation. Set in a vivid sci-fi universe, the game lets you explore mysterious star systems, discover the secrets of ancient races, build colonies on distant planets, and encounter aliens to meet and conquer.

In this top-down sci-fi action game you board spaceships and use an array of weapons and gadgets to take out the crew. The genius lies in how much creativity you’re given to play your own way, inspired by the best immersive sims. And how you react to the chaos that erupts when your presence on the ship becomes known makes Heat Signature a powerful anecdote generator. Things might not always go to plan, but that’s just part of the fun.

Despite being viewed entirely through a retro-futuristic computer interface, Duskers is one of the scariest, most tense sci-fi horror games on PC. In it you pilot a fleet of drones searching derelict spaceships for fuel, upgrades, and clues about why the galaxy is so mysteriously devoid of life. The ships you board are crawling with strange creatures, which makes looking for clues in those narrow, dark corridors an especially nerve-racking experience.

Bungie’s addictive FPS/MMO hybrid features some of the prettiest alien landscapes on PC. From the forested ruins of Earth and the vast seas of Titan, to the red jungles of Nessus and the volcanic Io, every location is a pleasure to loot-and-shoot in. The endgame doesn’t have the iron grip it perhaps should, but sci-fi fans will get a kick out of this vivid, colourful setting.

A mission to divert an asteroid heading for Earth goes awry, sending a group of astronauts to a distant, seemingly abandoned world. Some of the puzzles are maddeningly obscure, even for a LucasArts point-and-click adventure, but the colourful, bizarre planet feels genuinely alien. Great voice acting too, with X-Files star Robert Patrick playing the lead character.

This space simulator lets you become an all-powerful cosmic deity, manipulating replicas of real galaxies and solar systems and witnessing the (often catastrophic) results of your meddling. Increase the mass of Jupiter and you’ll see the rest of our solar system being sucked into it, or delete the Sun and watch Earth and the other planets drift away confused.

Stranded alone somewhere near Jupiter on an old luxury starship, your only hope of returning home is an AI that has serious emotional problems. You interact with Kaizen using your keyboard, and sometimes it’ll be willing to help you. But then it’ll change its mind and decide the best thing to do is close the airlock and trap you outside the ship until you run out of air. A clever adventure with the understated mood of a ’70s sci-fi film.

Author’s Opinion regarding the Space Games For PC

The Space Games For PC has very strong features, while considering the security purpose, priority is very high. No VPN or RDP are required for the said purpose. In some cases, emulator also working fine and middleware software also have the important role for smooth functioning. Therefore, author recommended the Space Games For PC for your personal use and has no issue regarding the installation on PC (Windows and Mac). I hope you also use it without any trouble, if you have any issue, please mentioned in the email, we will provide you answer with proper solutions. Please like and share with other, we did lot of efforts during the collections of the software for your download.