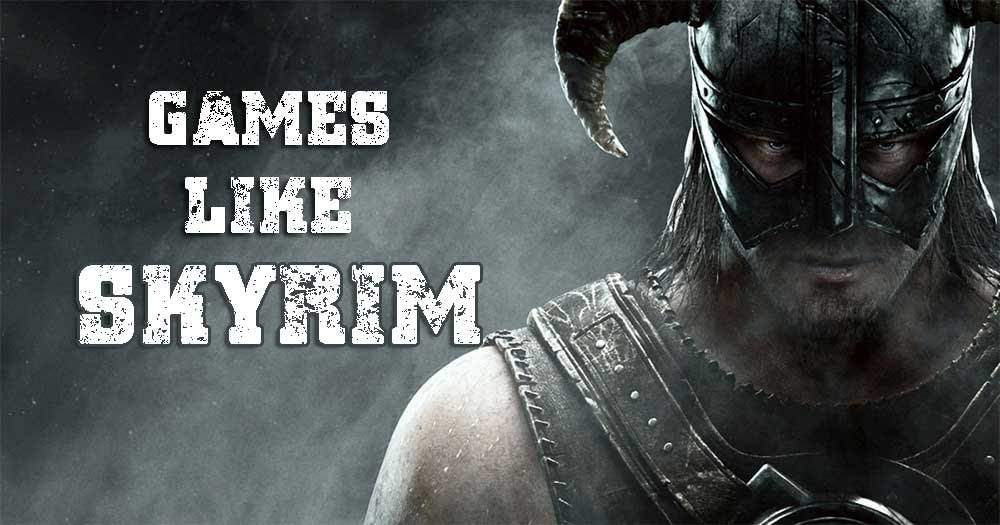 10 games like Skyrim that’ll satisfy your need for adventure 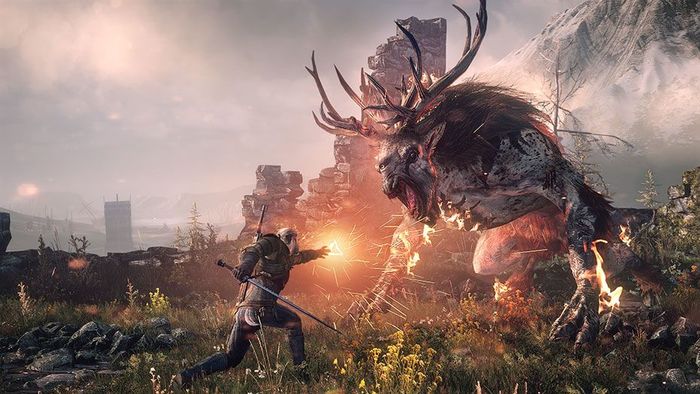 Games Like Skyrim For PC: This is the first game which comes to mind when I think about games similar to Skyrim. The Witcher series is very popular for their adventurous quest and also the graphics. It has bigger maps than Skyrim which means more fun on completing quests. The only thing I don’t like about the games is that there is no option for customization of the character. The games third series makes its debut in 2015 and still consider as one of the best.

It is the action-RPG game from CD Projekt. The story is about a witcher “Gerald” who is looking for his only adopted girl. Gerald has to go through an open world with many quests to find her daughter. 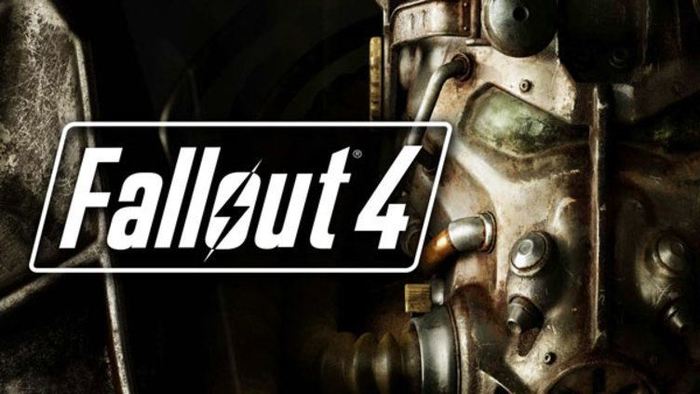 Fallout 4 is the latest game of the series Fallout and the successor of Fallout New Vegas. The game is an Action RPG game from Bethesda Softworks. It is available for Microsoft Windows, Xbox One, and PS4 platforms.

The story based on the character “Sole Survivor” who has to find his kidnapped Son. To find out his son the character goes to the region “The Commonwealth” and faces many challenges. Unlike The Witcher and Skyrim, the game takes place in the future world. 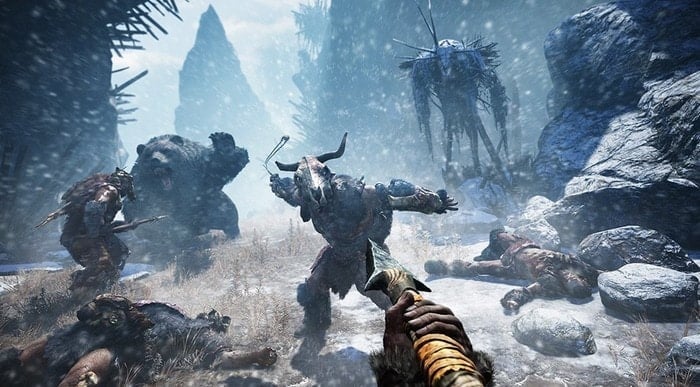 One of the best adventure game that you can find on different platforms. Far Cry Primal is an action adventure game from Ubisoft. The game is set in the Mesolithic Age, so unlike Skyrim, the game does not follow any magic world. But the game very similar to Skyrim in case of Adventure and action.

The story is all about “Takkar” who is a member of a tribe and start as a hunter. He goes through many challenging quests to become the leader of the Tribe. The graphics are realistic and provides a great view of the primal world. 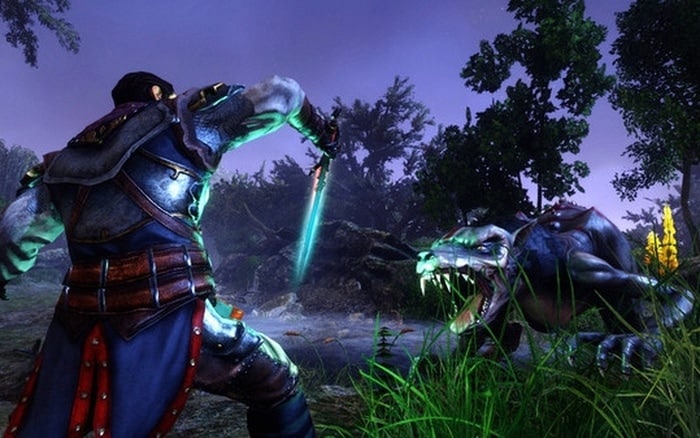 It is the latest game from the series Risen. Risen 3 is a single-player action RPG game from Deep Silver. It is available for Microsoft Windows, Xbox One, and Play Station 4 platforms. The whole story of the game is behind a nameless character who is abandoned by all gods and suffering from titan wars.

The player has to fight with ghosts, dragons and other enemies from different quests. The pirate captain who was killed in Risen 2 has come again as a ghost and the character has to defeat him. It is one of the best games like Skyrim for PC. 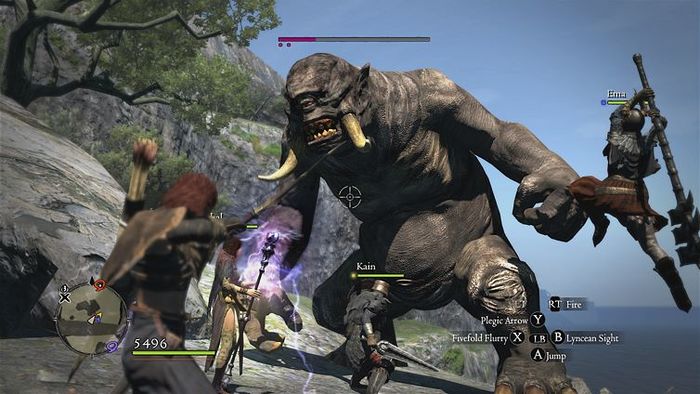 A very fun Single Player action RPG game from Capcom for different platforms Xbox One, Xbox 360 Microsoft Windows, PS3, and PS4. The game is considered as one of the best games like Skyrim for PS4 and other platforms. Dragon’s Dogma features an open world fantasy region.

The game lets us customize the character and also we can choose from various vocations. Vocations such as Fighter, Strider, Mage, Warrior, Mystic Knight, Ranger, Assassin, Sorcerer, and Magic Archer. The game tactics and strategies changes according to the vocations of the character. 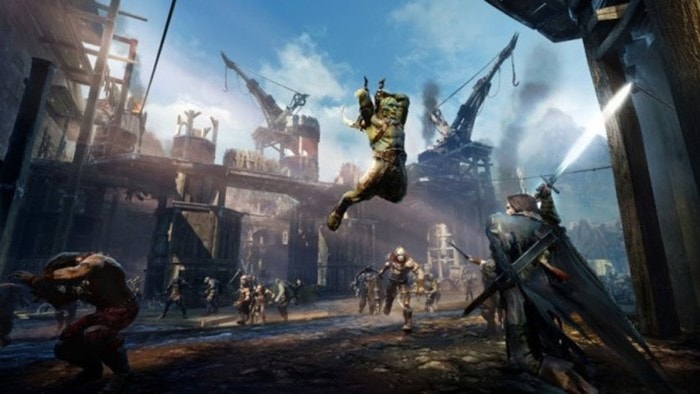 Middle-Earth: Shadow of Mordor is an open world single player Action-Adventure game from Warner Bros. Interactive Entertainment. The game is recommended for games like Skyrim for PS4, PC, and other Platforms. It is available on various platforms Microsoft Windows, Linux, Xbox One, Xbox 360, PS3, PS4. It is the second set of the game from the series Middle Earth.

If you like the Movie “The Hobbit” and “Lord of the rings” and you want a similar adventure then try this game. The game is the event between these two movies. The character that we have to control is a Ranger “Talion” who bonds with the wraith of the Elf Lord Celebrimbor. 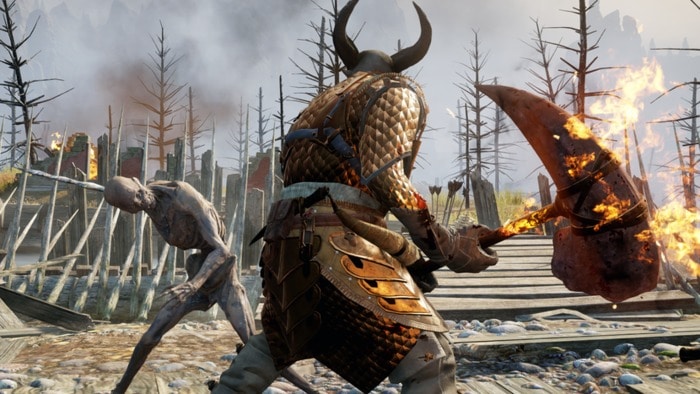 Dragon Age: Inquisition is an Action RPG game from Electronic Arts. It is the latest game of the series Dragon Age. The game is available for Microsoft Windows, PS3, PS4, Xbox One, Xbox 360 platforms – Games like Skyrim for PC and More.

The story follows the character life who has to close the breach which is a gate for demons and monsters. The character is considered as the chosen one who can close the breach, and it identifies with the Mark on the Hand. It is also a perfect game for the list Games like Skyrim of 2020. 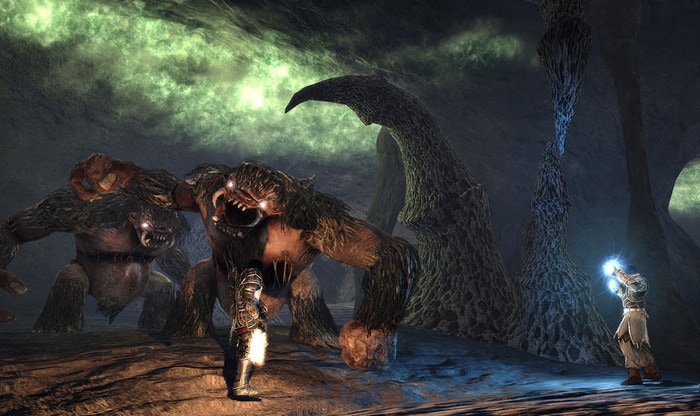 Arcania: Fall of Setarrif is the latest game of the series Gothic. It is an Action RPG game from Nordic Games. The game is available for Microsoft Windows, Xbox 360, PS3, PS4 platforms.

The story of the game is mysterious demons take the control terrifies peoples. To face these demons the role of the character come into play where he decides to defeat them with his allies. Character faces the menace and completes the quests for the relieve of the population from the Demons. 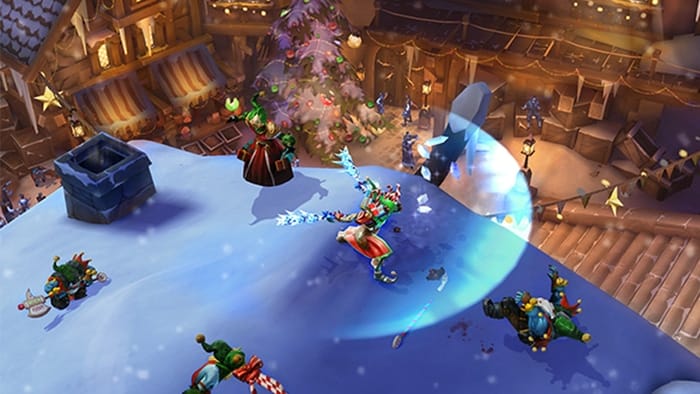 Dungeon Hunter 5 is an action RPG game from Gameloft. The graphics in the game are great. It has a multiplayer option where you can team up with your friends and fight with other teams.

In the story mode, you will face monsters, dark knights, devil minions, demon mages and other villains. Defeat every one of them to clear out all the missions. It is the best option to choose from games like Skyrim for Android. 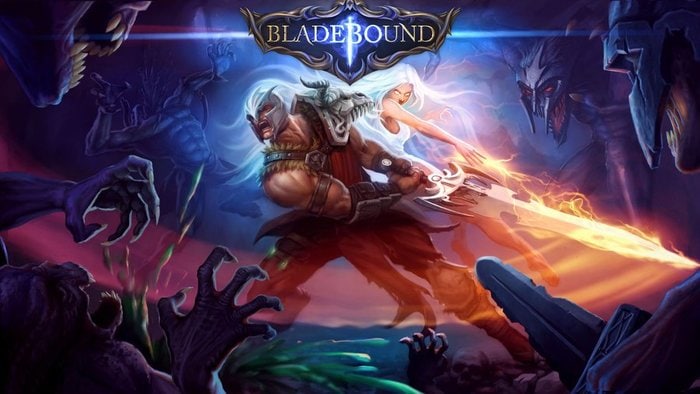 Great action and RPG game for Android from Artifex Mundi. The character is the last Bladebound which can defeat Darkness to bring light. Go through battles as a mission and completes them using weapons and various combat styles.

So these are some best games like Skyrim to try on different platforms. I hope you will find the best game just like Skyrim or even better. After checking the list also watch trailer and gameplay video on YouTube to understand the game before you buy it.

Author’s Opinion regarding the Games Like Skyrim For PC

The Games Like Skyrim For PC has very strong features, while considering the security purpose, priority is very high. No VPN or RDP are required for the said purpose. In some cases, emulator also working fine and middleware software also have the important role for smooth functioning. Therefore, author recommended the Games Like Skyrim For PC for your personal use and has no issue regarding the installation on PC (Windows and Mac). I hope you also use it without any trouble, if you have any issue, please mentioned in the email, we will provide you answer with proper solutions. Please like and share with other, we did lot of efforts during the collections of the software for your download.