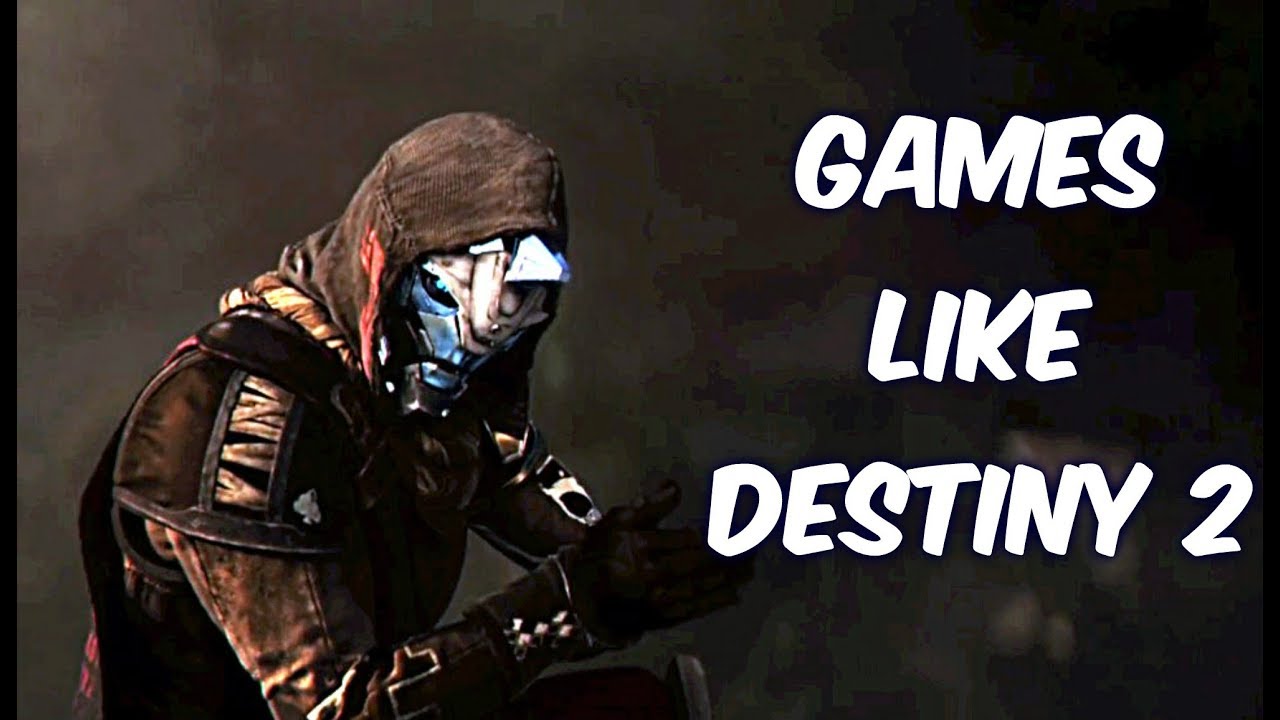 As players complete missions, they earn XP and better equipment, enabling them to partake in various PvE and PvP activities, including challenging Strike and Raid missions. If you enjoy Destiny’s gameplay or just want to look for alternatives, here are 9 games you might like.

If you are looking for a game just like Destiny, but with more polish, better post-release support, and a more realistic setting, then Ubisoft’s The Division may be a good choice.

Even though the game received mixed reviews after its initial release in 2015, its developers did not give up on it.

In addition to the Survival, Last Stand PvP and random-generated Underground missions included in the season pass, they also introduced many activities free of charge, likely surpassing Destiny in terms of variety.

These include 4-man raids, legendary mission difficulty and a wave-based horde mode and upscaling the entire open world to max level players.

The Division also has Global Events, which provide different modifiers to familiar content, requiring players to adapt. If you want to play something very similar to Destiny for cheap, then wait for this game to go on sale.

The free-to-play Warframe by Digital Extremes is all about fighting on randomly generated levels and earning random loot. These can be traded with other players for the game’s premium currency, letting even free-to-play users earn cash shop items at a slow, but steady rate.

Warframe takes place in a colonized universe, where you control one of several, highly customizable, special units called Warframes. Warframe is mostly a PvE game, but there are also some PvP modes available.

Unlike Destiny or Division, Warframe is a lobby-based action game, mainly focusing on acrobatic movement and mostly melee-based combat.

Gearbox’s Borderlands series with three games play very similarly to Destiny, but unlike that game, these can be played offline or on LAN too.

Their graphics are more colorful, and there are no “shared-world” elements, but the general gameplay is very similar: progress through missions, level up and earn better loot.

All three games feature semi-open worlds, with many main and side-quests to complete, powerful enemies to hunt and a plethora of randomly generated weapons to collect.

If you enjoy Destiny but want to play a similar game locally or alone without an Internet connection, the Borderlands games are an excellent choice. 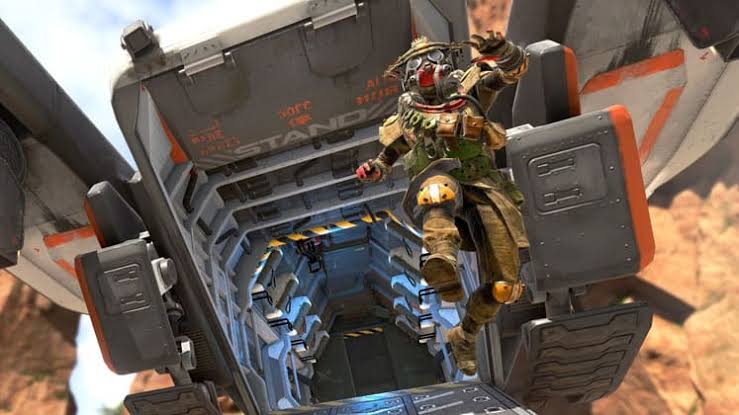 Being the previous developers of Halo, Destiny players can find several aspects of those games familiar. They are set in a fictional universe similar to Destiny’s, but with more focus on the story.

What became Destiny’s fast-paced PvP can be found in some of the later Halo games by Bungie (Halo 3 and 4 were immensely popular back in their heyday).

If you want to get started with the Halo games, try out the Master Chief Collection which contains HD versions of the first four games along with an updated multiplayer mode.

While Halo is not a “looter-shooter” series like Destiny, if you like sci-fi settings, similar gunplay and enjoy a good story, then I would recommend you to give it a try.

Sci-fi setting, gigantic robots, and extremely agile human soldiers, what’s there not to love? The second Titanfall game features different classes of robots, and even better parkour-based movement style and a variety of actually different guns to choose from.

While the game focuses on multiplayer, the single-player story and gameplay are fantastic, with some unique levels not seen in any other FPS.

You get to experience colossal robot wars in Call of Duty style, embark on duo missions with your faithful Titan companion and solve various puzzles during the short campaign.

While the multi-player aspect is not too similar to Destiny, you might enjoy the fact that even though there are a lot of unlockable items, most of those are just cosmetics and you can earn the essentials in only a few hours.

The Tribes series was a hugely popular, extremely fast-paced sci-fi shooter series in the early 2000s. The most recent game which was developed by Hi-Rez Studios, called Tribes: Ascend, came out in 2012.

While the developers stopped supporting this game in 2016, you might still enjoy it with some friends. It features several classic game modes such as Deathmatch, Capture the Flag, Capture and Hold, and Elimination.

Some classic Tribes maps were remade for this version, and the larger ones feature gameplay elements similar to those games, including spawnable vehicles.

There is no single-player story, but you can play against some bots for practice.

The free-to-play Planetside 2 was initially released in 2012, and it is still the only MMOFPS game of its kind. Three different factions wage a never-ending war over several continents with unique landscapes to navigate, bases to conquer and challenges to overcome.

Its sci-fi setting is a bit similar to Destiny’s, but there is no offline campaign or much story to speak of.

You get thrusted into the action after choosing your faction and creating your soldier. After these, it plays more like a massive Battlefield game with thousands of players on a single continent.

You can join squads to get into the action, and MMO-like guilds are also present in the form of platoons, making it easier to keep in touch with your fellow soldiers.

While it does not have much to do with Destiny (aside from looting gear from buildings and PvP, and not including mods) or its gameplay loop, ARMA 3 is still a great action game. It is very slow-paced and is intended for those looking for a realistic experience.

ARMA 3 features a vast open world with many different missions to solve, including one created by the community. This game is best played with friends since the AI teammates are pretty bad.

If your friend group is getting bored of Destiny or just want to try out something vastly different, then consider trying out the co-op mode in ARMA 3 with its different kinds of challenges, requiring an approach that is unlike anything Destiny can offer..

Blizzard’s Overwatch plays as if a hero-based MOBA game and an objective-based FPS game clashed together. There are 24 different heroes to choose from, and two teams of 6 duke it out in two main map styles.

The first is similar to King of the Hill – capture and hold a point in the middle. The second one is Payload, where the attacking team has to push a cart along a pre-determined path before time runs out.

Both modes can be familiar to Destiny players, and if you miss the 6-on-6 PvP action, then you might enjoy Overwatch with its many different heroes sorted into 3 archetypes (tank, damage dealer, and support).

Occasionally, the game features various co-op game modes as a part of festivals, which might help scratch that Destiny itch.

Author’s Opinion regarding the Games Like Destiny For PC

The Games Like Destiny For PC has very strong features, while considering the security purpose, priority is very high. No VPN or RDP are required for the said purpose. In some cases, emulator also working fine and middle-ware software also have the important role for smooth functioning. Therefore, author recommended the Games Like Destiny For PC for your personal use and has no issue regarding the installation on PC (Windows and Mac). I hope you also use it without any trouble, if you have any issue, please mentioned in the email, we will provide you answer with proper solutions. Please like and share with other, we did lot of efforts during the collections of the software for your download.

Author’s Opinion regarding the Games Like Destiny For PC

The Games Like Destiny For PC has very strong features, while considering the security purpose, priority is very high. No VPN or RDP are required for the said purpose. In some cases, emulator also working fine and middleware software also have the important role for smooth functioning. Therefore, author recommended the Games Like Destiny For PC for your personal use and has no issue regarding the installation on PC (Windows and Mac). I hope you also use it without any trouble, if you have any issue, please mentioned in the email, we will provide you answer with proper solutions. Please like and share with other, we did lot of efforts during the collections of the software for your download.