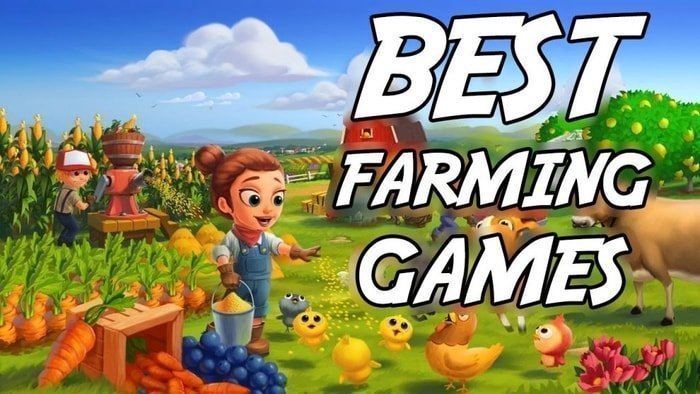 Farming Games For PC all seem to have a relaxing quality, whether they’re cute and casual town games like Stardew Valley or more realistic business ventures like the Farming Simulator series. There’s something about the repetitive nature of tilling and planting a field and the slow payoff of your crops growing that makes you feel in-tune with nature even if you are still sitting in front of your computer screen. The best farming games on PC can vary a lot in genre and gameplay, but all eventually come down to getting your hands dirty.

Some farming games like Harvest Moon, are meant to be experienced alone and focus on the relationships between your protagonist and a cast of local characters. Others, like Staxel and Farm Together, are all about building something with friends and the fun of creating something together that’s more than a prewritten story. We’ve found a mix of farming games to recommend that should hit every quadrant of the agricultural games graph.

Whether you want to play alone or together, stylized or realistic visuals, and a casual or heavily simulated experience, there’s a farming game that will suit your fancy. Here are just some of the farming games on PC you can try.

Here are the best farming games 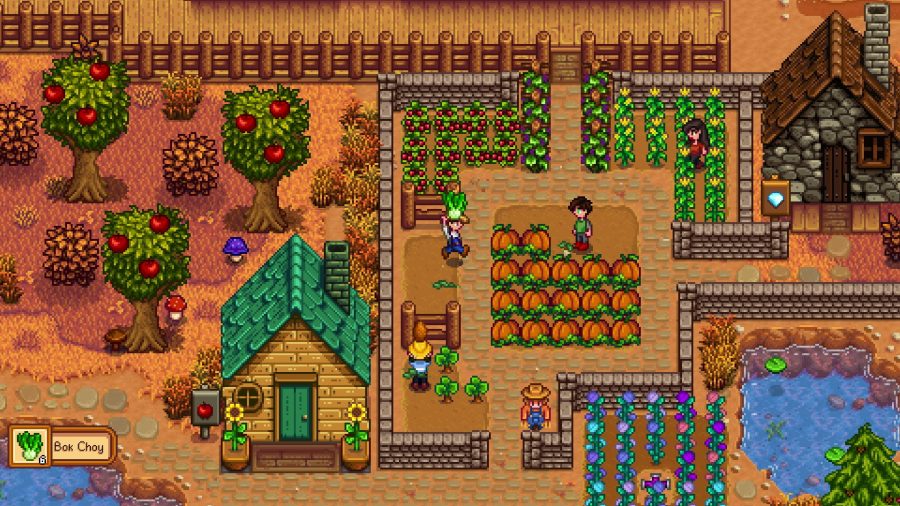 Almost four years after its release, Stardew Valley is still the top of the list for many people seeking a well-balanced farming game. With the latest Stardew Valley 1.4 update adding even more polish and features, it will likely stay a favourite for several more years. Stardew Valleyis all about inheriting a family farm from your late grandfather and moving to the small rural village of Pelican Town. You’ll spend your seasons grooming your family farm into a profitable operation, making friends (and maybe spouses) with the local villagers, and revitalising the town itself with the help of the magical little creatures called Junimos.

Although Stardew is a life and town sim following in the footsteps of the Harvest Moon series which (at the time) had never arrived on PC, there’s also a sturdy community of farmers obsessed with optimizing their operations. You won’t have to look for inspiration if you want to design the most profitable or prettiest farm, plus there are countless Stardew Valley mods so you can drastically change the experience to suit your tastes. 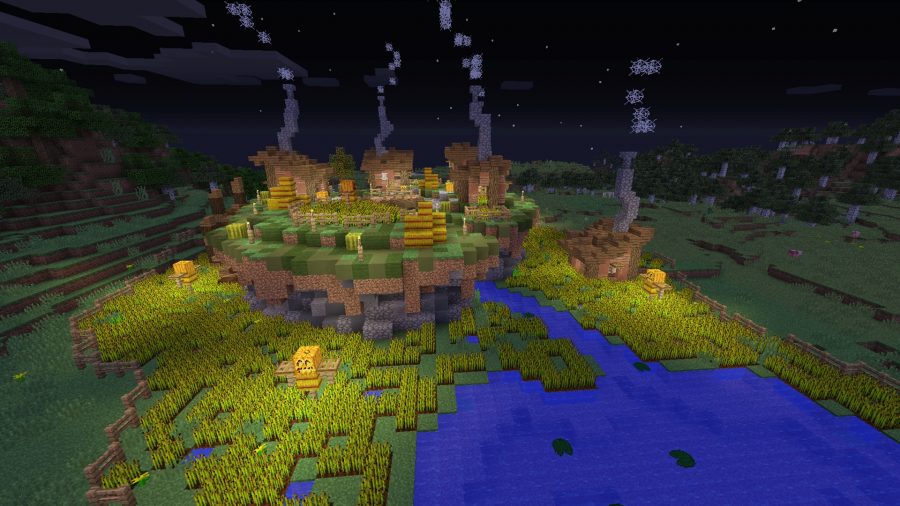 Although Minecraft is primarily a crafting and exploration game, its years of updates have continued to expand the crops you can grow and their uses. If you don’t care to adventure much at all, it’s not out of the question for you to spend all of your time in Minecraft designing and tending to an expansive farm operation.

Whether you plant and harvest everything by hand in vanilla Minecraft, install a bunch of Minecraft mods that add additional crops and animals, or learn a lot about Redstone devices to create a partially automated field, you’ll spend plenty of hours building your ideal farm. Just be sure to equip one of the best Minecraft shaders so your crops look extra pastoral. 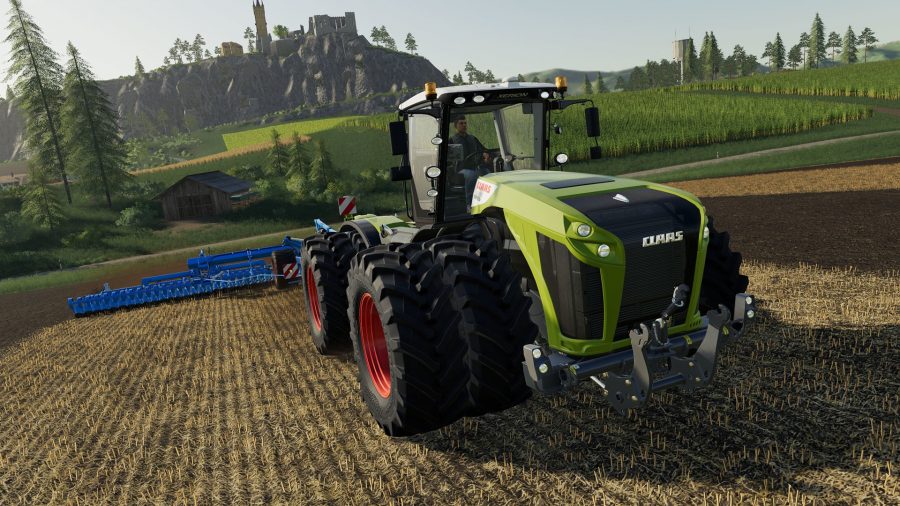 Farming Simulator is the most realistic farming simulation of the bunch and the best option for players who want to tackle the business side of farming. You’ll spend time managing your balance sheet for the year when deciding what equipment to buy, which livestock to purchase, and how much seed you’ll need for the season. You can drive equipment yourself, hire NPC workers to assist you, or enlist friends for multiplayer farms with up to 16 players.

Farming Simulator 19 is the first in the series to include actual John Deere equipment alongside its selection of other brands, for those that know and love agricultural machinery. 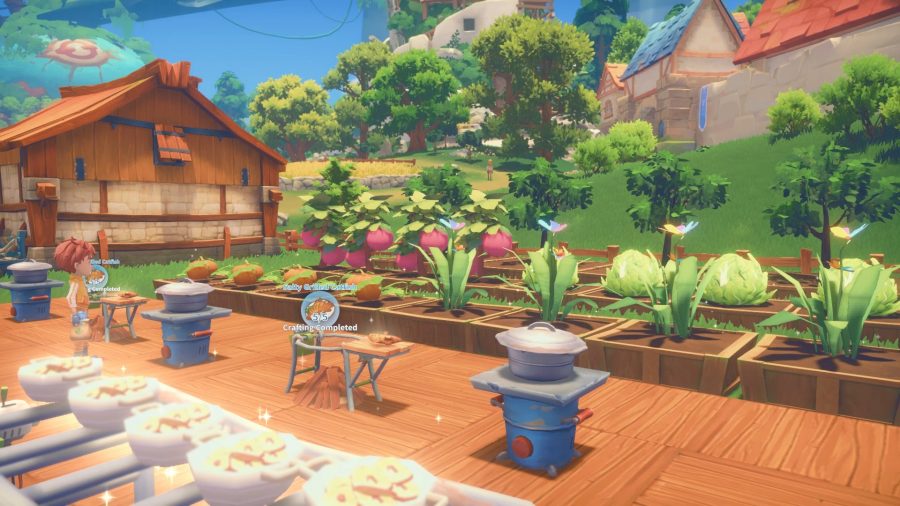 MY TIME AT PORTIA

My Time at Portia isn’t strictly a farming game. Instead, it predominantly draws from the crafting games genre. However, its story about inheriting a workshop as an outsider to a small town is right in line with many other town sim games on the list. The small island of Portia is home to a bunch of quirky characters for you to befriend and – if you’re lucky – even marry while repairing and expanding the workshop that your father left to you.

Even though farming isn’t its main focus, you will eventually craft garden plots at your workshop. Oh, and your front yard looks directly out over the land of the actual local farmer, so you can hop the fence for a visit if you miss large-scale farming. My Time at Portia is certainly one of the more relaxing games on this list. 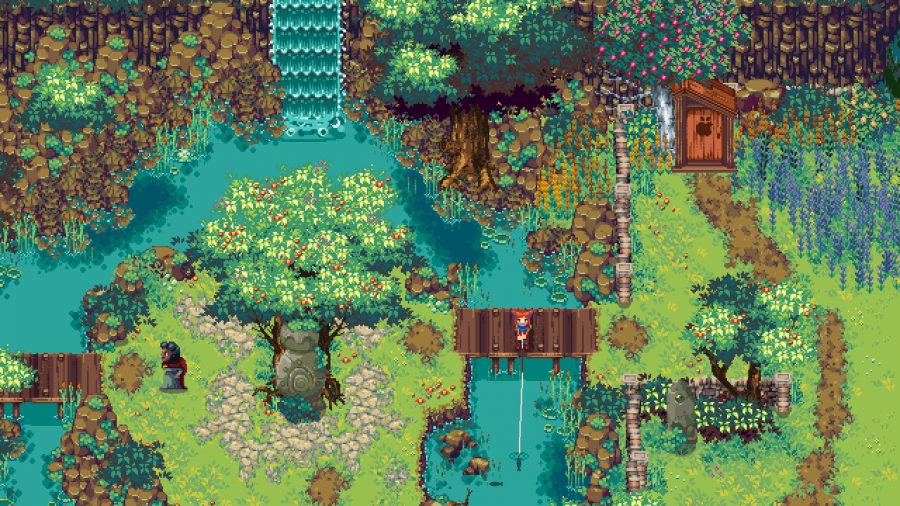 Kynseed is the first game from a group of former Fable series developers. It has been in Steam Early Access for just over a year and has received plenty of updates during that time. Its dense pixel art style and large world to explore give it a distinct vibe from some of the other farming games on the list. Although it still revolves around planting crops, befriending townsfolk, and exploring the world, the intentionally groan-worthy humor inherited from the Fable series gives Kynseed a very different flavor from something like Stardew Valley or My Time At Portia. 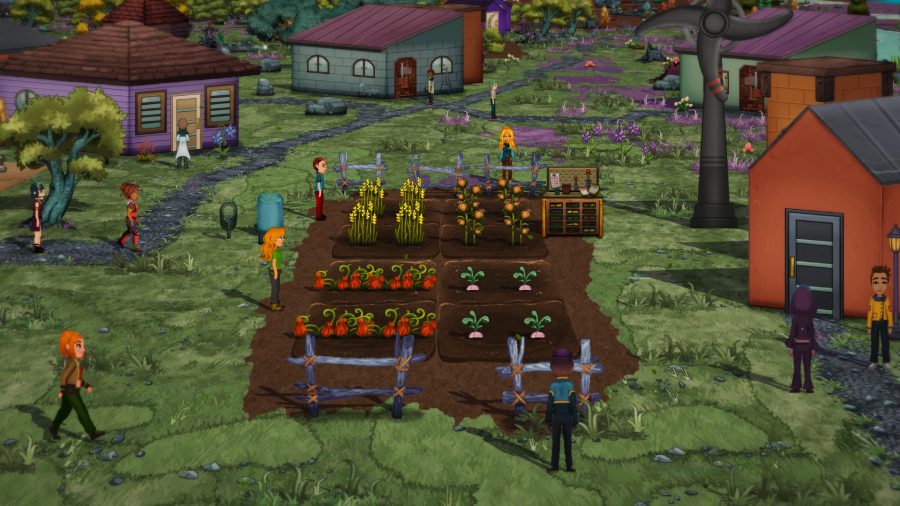 Verdant Skies is a different kind of farming game. Instead of raising familiar crops like corn or pumpkins, you’ll be raising genetically modified space crops. Rather than moving to a rural town, your protagonist is the latest member of a budding space colony. You’ll help build and expand the colony’s capacity with resources you find and gather on the surface to entice new individuals to join the colony. Like other farming games on the list, Verdant Skies also allows you to befriend and eventually marry fellow colonists.

Its most interesting feature, however, is that active part you take in creating new kinds of crops. Seeds can be bred together to create stronger versions of crops with traits like water retention or expedited growth. Eventually your space farm’s success is less about its size and more about its efficiency and innovation, so if you like that side of management games then this is worth a try. 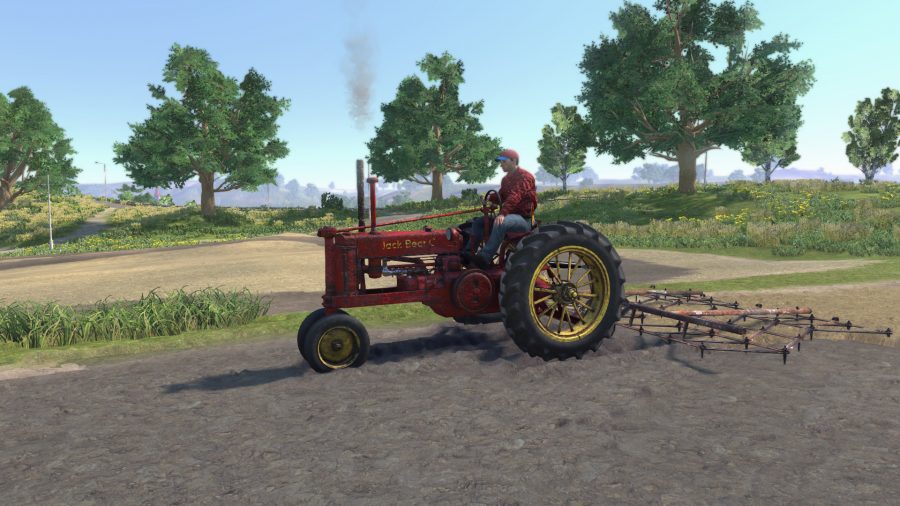 Farmer’s Dynasty is another more realistic farming game with 3D characters and equipment. Like the more stylized 2D games on this list though, Farmer’s Dynasty focuses on quests and relationships with characters more than the business-focused Farming Simulator series. You’ll split time between running your farm operation, doing construction tasks by hand, and doing favors for fellow townsfolk.

Farmer’s Dynasty allows players to choose between antique farming equipment and more modern options in a way that makes it less than realistic for the simulation-focused farmers. Instead, it’s a bit more about dabbling in rural life with fewer of the deep business concerns. Farmer’s Dynasty was in Steam Early Access for about two years before its full release on November 21, 2019. 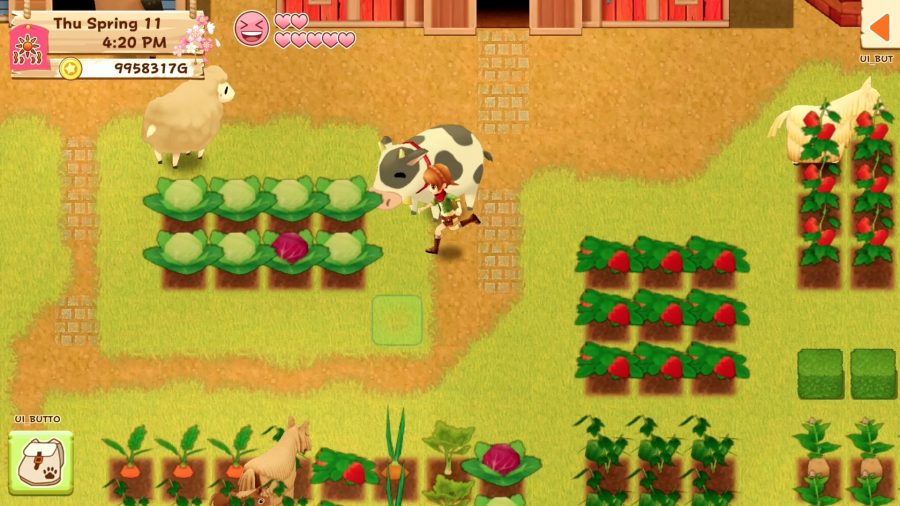 Harvest Moon: Light of Hope is the first of the long-standing series to come to PC. It follows the formula that those who have played other farming town simulations will recognize: the protagonist arrives as a newcomer to a floundering town and by running a successful farm and making friends is able to breathe life back into the community. In Light of Hope, a shipwreck strands you in a coastal town where you’ll help to rebuild the lighthouse.

Although Light of Hope wasn’t quite as well-received as Stardew Valley, it has the same balance of farming and social life as previous Harvest Moon games and still boasts plenty of charm from the historic series. 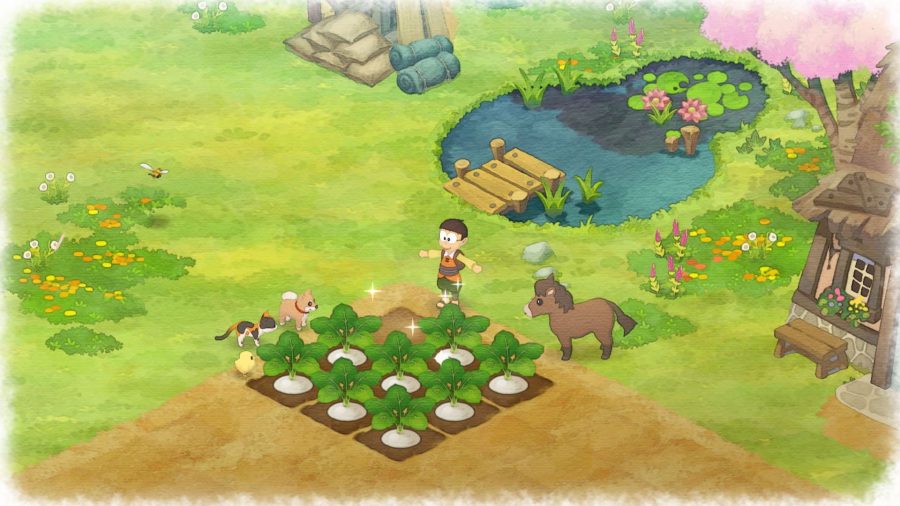 In an unlikely combination, Doraemon Story of Seasons blends a classic farming series that had never previously been released on PC with a popular Manga character from the ’70s. Doraemon – no stranger to licensed game spinoffs – joins Story of Seasons in a beautiful water-color style farming game. Doraemon brings a bit of Japanese culture to the genre that even other games developed in Japan like the Harvest Moon series abandon for more western-feeling versions of rural life.

Doraemon will plant crops, raise animals, and help out around the town of Natura making friends with villagers and attending local festivals. As many a fan will tell you, the Story of Seasons is the ‘true’ Harvest Moon series, having undergone a rebrand after losing the rights to the Harvest Moon name. 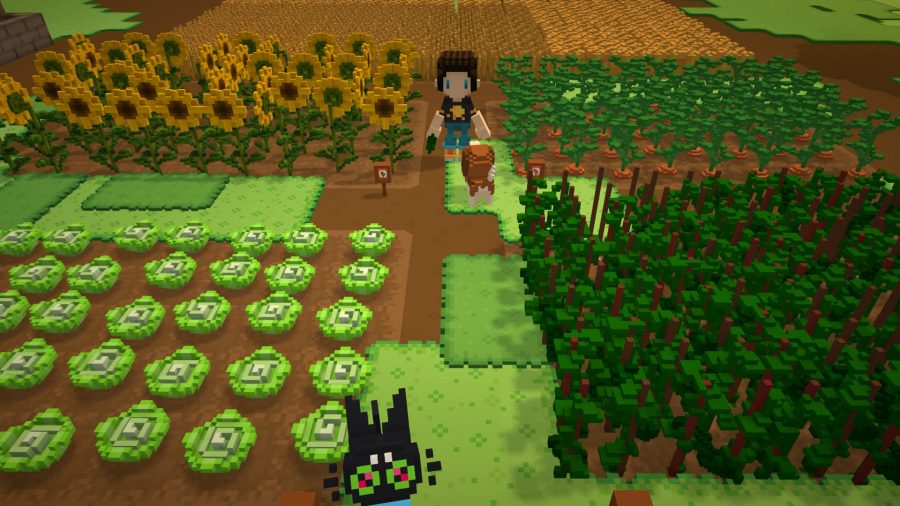 At first glance, Staxel looks like a colorful Minecraft clone. Instead, it’s an even blend of Minecraft’s blocky style and Stardew Valley’s casual farming, with no combat to speak of. Staxel is a good farming game for tuning out after a long day. Its systems are shallower and less demanding than other farming-type games, with a broader list of tasks of choose from. It dabbles in bug-catching, fishing, and NPC relationships without making too much of either one. Ultimately, Staxel was built to be enjoyed as a multiplayer game and is best played while chatting idly with friends. 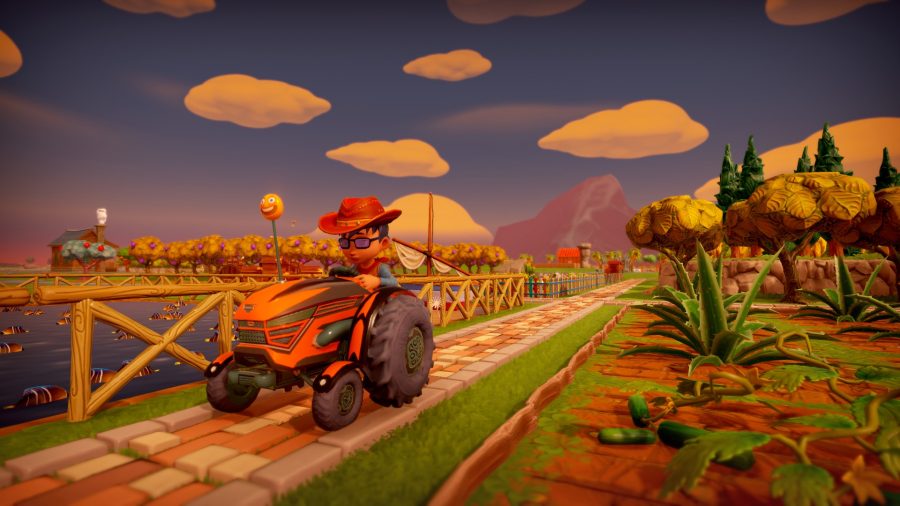 Farm together is another agricultural game with multiplayer in mind. It has options for customizing your clothing, your cat or dog companion, your house, and your tractor to differentiate yourself from other players on the farm. One of Farm Together’s standout features is that – as with idle games – time progresses on the farm even while you aren’t playing. Friends or strangers can access your farm while you’re away depending on what permission settings you go with.

Even if you manage to exhaust the possibilities on your own farm (you probably won’t) you’ll still be able to visit a friend or stranger’s farm to help them out with theirs.

Author’s Opinion regarding the Farming Games For PC

The Farming Games For PC has very strong features, while considering the security purpose, priority is very high. No VPN or RDP are required for the said purpose. In some cases, emulator also working fine and middleware software also have the important role for smooth functioning. Therefore, author recommended the Farming Games For PC for your personal use and has no issue regarding the installation on PC (Windows and Mac). I hope you also use it without any trouble, if you have any issue, please mentioned in the email, we will provide you answer with proper solutions. Please like and share with other, we did lot of efforts during the collections of the software for your download.