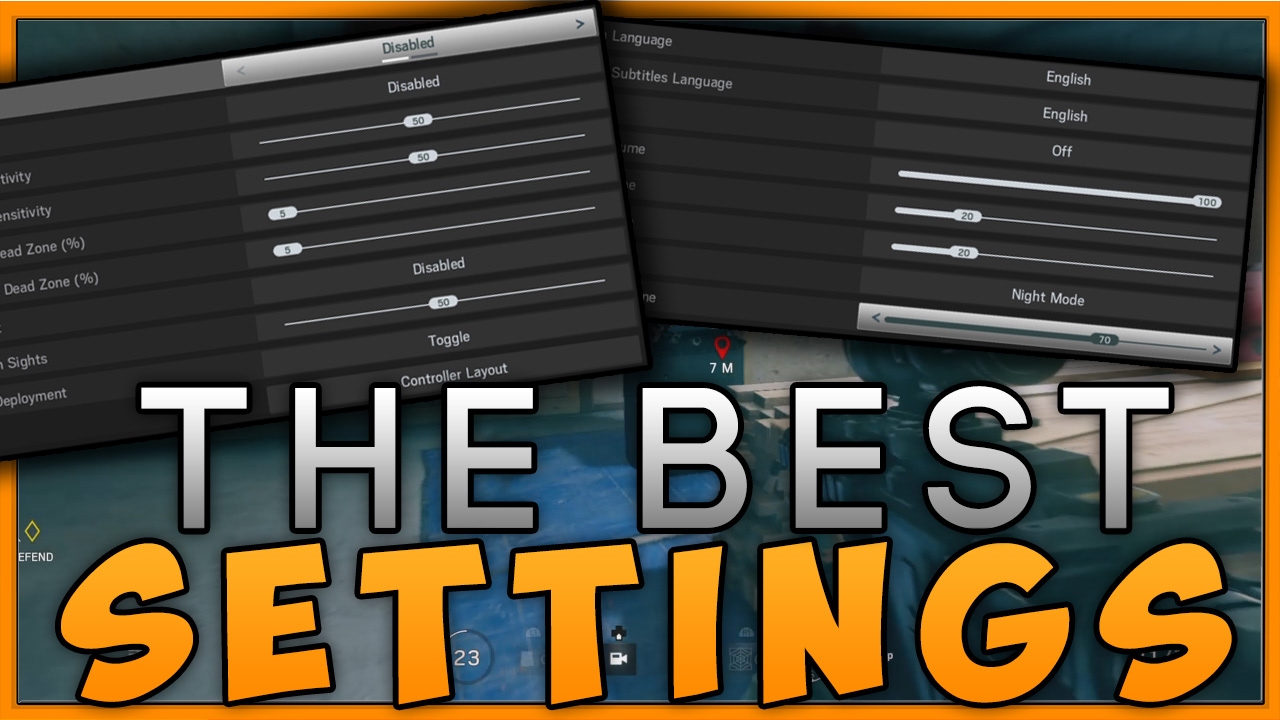 Rainbow Six Siege PC had a pretty rough launch, with player numbers dropping to about 11000 just one month after release. The developers (Ubisoft Montreal) kept at it though, and started working on a clear plan and roadmap to develop their vision of the ultimate competitive shooter.

This approach worked; players noted the continued work the developers were putting in and the changes and improvements they were making were received with general praise. This all led us where we are now: Rainbow Six Siege perhaps isn’t the most popular esports game out there, but it’s safe to say that it has earned its place as a premium esports title, with a healthy playerbase of over 100k player at any given time.

With no signs of slowing down the game sees new players joining the fray each day, but Rainbow Six isn’t the easiest game to get into. There’s a ton of operators to know about, and having an intimate knowledge of the maps is crucial to performing at your best in this game. To get to know all the ins and outs of the game you’ll just have to play it for yourself, but we can help you make sure that you won’t be held back by your gear or ingame settings.

In this article we’ve compiled the gear that the Rainbow Six Siege (commonly referred to as just ‘Siege’ or ‘R6’) professionals are using, as well as their ingame settings and sensitivity settings. This is the perfect list to use if you’re just starting out and looking to get your settings in order, but it also contains a lot of useful information for veterans of the game.

Welcome to our Rainbow Six Pro Settings and Gear List. Ever since ESL announced their Rainbow Six Pro League it has gotten a lot of attention from FPS fans. Much like any other competitive FPS, aspiring Rainbow 6 players are interested in what gear and settings their favorite pros are using. This list is a great resource if you want to know what DPI, multiplier, sensitivity, resolution, fov or aspect ratio your favorite Rainbow Six Pro is on right now. This can be a great starting point if you are wondering how you should set up your settings. We have also provided information on which mouse, monitor or other gear the players are using as well.

We got a lot of support from the community in creating this list. We want to personally thank every R6 pro that has submitted their data through our contact form and especially BK201, who has been instrumental in helping us get in contact with everyone. However it is still possible that mistakes show up in this list. We’re all human after all.

Rainbow Six Siege launched at the end of 2015, and it’s experiencing a minor renaissance today. If you’re hoping to become more competitive for the latest season, hitting 144fps on a high refresh rate monitor definitely helps. But what sort of hardware does that require? To answer that question, I’ve put together a suite of test results on all the latest graphics cards, along with several previous generation parts, and three gaming notebooks. I’ve also collected benchmarks from seven of the latest CPUs, though Rainbow Six Siege ends up being relatively tame when it comes to CPU requirements (at least if you’re not livestreaming).

Many competitive players drop to lower quality settings to boost framerates, but it’s important to point out that Siege uses render scaling combined with temporal AA by default. The render scaling is normally set to 50 percent, so unless you change the setting, 1920×1080 renders at 1360×764 and then scales that up to 1080p. This of course introduces some blurriness and other artifacts, and if you want optimal visibility I recommend setting this to 100 percent scaling (or disable temporal AA).

As far as graphics cards, everything from GTX 770 and R9 380 and above can easily break 60 fps at 1080p medium, and dropping to 1080p low allows even lower spec systems to run well. Higher quality settings naturally require more powerful hardware, but most PCs built within the past several years should be more than sufficient.

features and settings before going any further

Rainbow Six Siege includes most of the key features we want from a modern game, with the only missing items being the ability to fully disable the HUD (although you can toggle plenty of it), and the lack of mod support. The absence of mod support is frustrating, but not uncommon for Ubisoft games. The desire to prevent cheating and hacks is often cited as a reason for not supporting mods, but as with other popular competitive games, that hasn’t completely stopped people from figuring out ways to exploit the system.

As our partner for these detailed performance analyses, MSI provided the hardware we needed to test Rainbow Six Siege on a bunch of different AMD and Nvidia GPUs, along with multiple CPUs—see below for the full details. Full details of our test equipment and methodology are detailed in our Performance Analysis 101 article. Thanks, MSI!

Under the Display options you can change the resolution, V-sync, and FOV, while all the quality options are under the Graphics menu. There are five presets (plus ‘custom’), ranging from low to ultra. Using the presets with a GTX 1070 Ti at 1440p, with 100 render scaling unless otherwise noted, the presets yield the following results (with performance increase relative to the ultra preset):

We consider 1440p and a 144Hz display (preferably G-Sync or FreeSync) to be the sweet spot for displays, and Rainbow Six Siege proves quite demanding at higher quality settings. Note also how big of a difference the default 50 percent render scaling makes—and the option to adjust render scaling was only introduced into the PC version in late 2017 (meaning, prior to then, everyone on PC was running with 50 percent render scaling if temporal AA was enabled).

Rainbow Six Siege has ten primary quality settings you can adjust, plus two more related to the way temporal AA is handled. It’s a bit odd, but I’ve found that after enabling at the ultra preset, as soon as you change any setting (which triggers the ‘custom’ preset), even if you put it back to the ‘ultra’ defaults, you get a relatively large boost in framerate—around 20 percent. There’s almost certainly a change in image quality as well when this happens, though it’s difficult to determine exactly what’s happening. For the following tests, all settings are at the default ultra settings, but using the ‘custom’ preset, and performance changes are relative to that.

Texture Quality: Sets the size of the textures used in the game: 6GB for ultra, 4GB for very high, 3GB for high, 2GB for medium, and 1GB for low. Requires reloading a map to change. Cards with less VRAM can be impacted more, but with a high-end card dropping to low only improves performance by about four percent.

Texture Filtering: Controls the type of texture filtering, either linear or anisotropic. Only causes a small three percent improvement in performance.

LOD Quality: Adjusts the distance at which lower detail geometry meshes are used. Minor impact of around four percent.

Shading Quality: Tweaks the lighting quality, skin subsurface scattering, and other elements. Less than a one percent improvement in performance.

Shadow Quality: Sets the resolution of shadow maps as well as other factors for shadows. Dropping to low improves performance by around ten percent.

Ambient Occlusion: Affects the soft shadowing of nearby surfaces and provides for more realistic images. Uses SSBC (a Ubisoft-developed from of AO) by default for most settings. Turning this off improves performance by around 14 percent, while switching to HBAO+ (an Nvidia-developed form of AO that’s generally considered more accurate) reduces performance by a few percent—potentially more on older AMD cards.

Lens Effects: Simulates real-world optical lenses with bloom and lens flare. Turning this off made almost no difference in performance, but it may have a more noticeable effect when using scoped weapons.

Zoom-in Depth of Field: Enables the depth of field effect when zooming in with weapons. This didn’t impact performance in the benchmark sequence but may affect actual gameplay more. If you don’t like the blur effect, I recommend turning this off.

Anti-Aliasing: Allows the choice of post-processing technique to reduce jaggies. By default this is T-AA (temporal AA), which uses an MSAA (multi-sample AA) pattern combined with previous frame data. T-AA-2X and T-AA-4X use samples beyond the display resolution and can require a lot of VRAM. FXAA doesn’t work as well but is basically free to use. Turning AA off improves performance by around four percent.

Render Scaling: Combined with the AA setting (when T-AA is in use), it adjust the rendered resolution, which is then scaled to your display’s resolution. The default is 50, which improves performance by 50-80 percent compared to 100, but this is somewhat like lowering the display resolution. I prefer this to be set to 100, though for performance reasons you may want to lower it.

T-AA Sharpness: Determines the intensity of the sharpening filter that’s applied after performing temporal AA, but can actually negate some of the benefits of AA. Negligible impact on performance.

For these tests, I’m using 100 percent render scaling, which will result in performance figures that are lower than what you may have seen previously. I’m also testing with the latest version of the game, as of late February 2018, using the then-current Nvidia 390.77 and AMD 18.2.2 drivers. On the medium preset, I also switch to FXAA instead of T-AA, while the ultra preset uses T-AA.

Rainbow Six includes a built-in benchmark, which I’ve used for this performance analysis. Different maps and areas can alter the framerate, but in general performance scales similarly, so the ranking of GPUs should remain roughly the same. One thing that’s worth pointing out however is that AMD GPUs tend to perform quite a bit better in higher complexity scenes (eg, when there are half a dozen or so character models in the benchmark sequence, with wall explosions going off), while the Nvidia cards hit higher framerates in less complex environments. Despite having an Nvidia logo and branding, then, Rainbow Six Siege often runs better on AMD graphics cards right now—not that any GPUs are affordable at present.

The Rainbow Six Siege PC has very strong features, while considering the security purpose, priority is very high. No VPN or RDP are required for the said purpose. In some cases, emulator also working fine and middleware software also have the important role for smooth functioning. Therefore, author recommended the Rainbow Six Siege PC for your personal use and has no issue regarding the installation on PC (Windows and Mac). I hope you also use it without any trouble, if you have any issue, please mentioned in the email, we will provide you answer with proper solutions. Please like and share with other, we did lot of efforts during the collections of the software for your download.