Best PSP Emulator For PC; Playstation games are everyone’s favorite. But as PSP comes costly, not everyone can afford it. So for those, who can’t afford PSP games, here’s the list of top 10 best PSP emulator. PSP emulators are the best way to enjoy your favorite PlayStation games on your computer and Android.

So now without making any unnecessary delay, let’s go ahead and check out the 10 best PSP emulator programs for windows and android users.

There are hundreds of PSP emulators out there, which are self-proclaimed best PSP emulators. But as we know, we can’t trust all the programs on the Internet. A Bad program can destroy your machine badly. So on the basis of rigorous research, I’ve compiled a list of the 10 best PSP emulator for windows and android.

Let’s move forward and check out my picks as the top 10 best PSP emulator software. 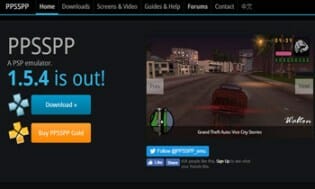 PPSSSPP is the best PSP emulator which needs no introduction at all. If you are a game lover, I guess you already know PPSSPP. The PPSSPP is extremely feature-rich and very popular among the users. If you don’t believe me, just go to the play store and check the PPSSPP downloads and its rating.

PPSSPP is an extremely feature rich PSP emulator and people are loving it. You can understand its popularity with the fact that PPSSPP has got over 50 million downloads on Play store alone and it has got a 4.3 rating on over 9,00,000 reviews which is higher than any other emulator on Playstore.

The best thing about this emulator is its amazing compatibility on both Android as well as the computer. PPSSPP lets you play PSP games on your computer and Android in full HD and high resolution. Other than the high quality, PPSSPP also enables you to customize the screen controls via touch, keyboard or even through the external controller. Moreover, on PPSSPP, you can also save the game to resume anytime later if you wish to.

Best part??? The best part of this PSP emulator is being it’s free. Yes, PPSSPP is free to download and use on your Computer as well as on your Android device. So go ahead and check it out. I’m pretty sure that you will love it. 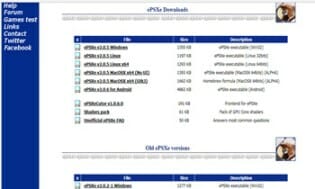 The second best PSP emulator in the list is ePSXe. It’s a splendid PSP emulator which works great on both Android and computer. This emulator offers amazing gameplay, high resolution and graphics support and superb gaming controls.

Not just virtual touchscreen, ePSXe also offers pad support including (gamepad, external gamepads) and also works great on phones with a keyboard. Besides that, ePSXe also supports OpenGL HD enhanced graphics due to the Peopsxgl Plugin.

Moreover, ePSXe also comes with the cheat codes which makes the game lovers more happy than ever. So in short, everything is good about ePSXe except one thing.

The only thing which I didn’t like about the ePSXe emulator is that it’s a premium program. I wish ePSXe was free so that more people could enjoy this gaming console. But now since it’s not free, you need to pay their asked amount in order to download this PSP emulator and enjoy the PS games on your phone. 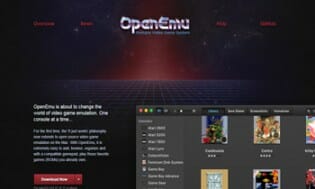 Are you a Mac user and looking for a PSP emulator for PC with Mac operating system installed on it? If yes, OpenEmu is just for you. It’s a mac oriented gaming console which organizes your games and gives you an amazing gaming feel like never before.

As soon as you have a new game on your system. OpenEmu scans your game automatically and begins the organization process as soon as it finds the new game. Besides managing your existing games into the library, OpenEmu has its own personal games library too which you can choose your favorite games from.

Besides the basic emulator functions, OpenEmu comes with high compatibility with any HID-compliant USB or Bluetooth game controller our there.

So for me, it’s indeed one of best PSP emulators for Mac users. But Instead of trusting my words, I would recommend you to try this app on your own and decide whether or not, it meets your needs. 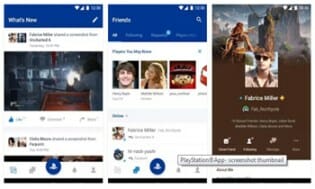 PlayStation, as the name suggests, gives you a true PSP experience without really having a PlayStation in real. If you have Playstation installed on your Android device, you can enjoy your high graphics PlayStation games anytime and at any part of the world.

Unlike any other best PSP emulators in the list, PlayStation is not just limited to allow users to play PSP games on Android but its much more. PlayStation app is like a social media platform for gamers. With this app, you can see which of your friends are online, which game are they playing, their latest activities and so forth.

Besides that, You can also keep track of your gaming progress, get notified about gaming alerts, invitations etc. Also, On PlayStation app, you can be notified whenever any new games are added to the PlayStation library. 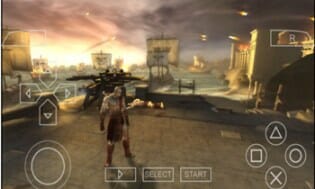 AWePSP emulator is a high-quality PSP emulator and indisputably one of the best PSP emulator applications out there. Over 1 million downloads and a rating of 4.2 stars out of 5, tells it all.

AwePSP emulator is empowered with all the standard and advanced PSP features which made me list this emulator on my top 10 list. This emulator comes with extremely high-quality game graphics and amazing sound effects which gives you the feel of the original PlayStation. There are several other features of this app, which makes it popular among the PSP lovers.

Best game compatibility, Best game controller, Networked game playing support, the ability to save and load the game state easily are some of the features on the list. Moreover, AwePSP Supports multiple file formats including .iso/.cso/.elf/.ISO/.CSO/.ELF.

If you have an android version 4.0.3 and above, you must give AwePSP emulator a try. AwePSP is free to download, therefore you don’t really need to think even twice before getting your hands on this app. 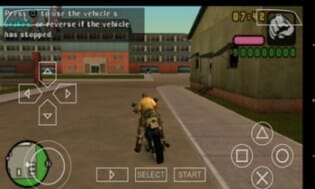 Emulator PSP Pro 2017 is my next pick as the best PSP emulator. Its yet another PSP emulators with considerable features. It’s fast, offers support for high-quality graphics games and has an amazing interface.

There are lots of features offered by Emulator PSP pro which we want in our emulators. Some of the features include High-quality game sound, Easy network gaming, Nice game controller, High definition game graphics, ability to save and load game state, advanced custom configurations, and support for Support PSP-1000/PSP-2000/PSP-3000.

Emulator PSP Pro has got over 500 thousand downloads on Playstore for now but I’m sure the number will increase in the near future. The users seem to be satisfied with this gaming console since it has received a rating of 4.3 stars out 5 which is really good. So without any doubt, Emulator PSP Pro 2017 is worth giving a shot.

And the good thing is, it works great on even lower Android versions. Anyone with an Android version 2.3 or higher can download this app for free and enjoy the gaming more than ever. 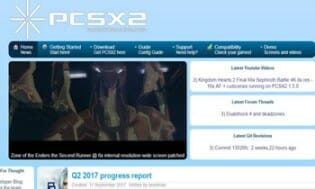 PCSX2 is yet another PSP emulator for PC users. It’s an open source emulator which is licensed under the GNU General Public License v3. It is an amazing and feature rich Android emulator which allows you to play PS2 games on your computer seamlessly.

Yes, you read that right. PCSX2 is a dedicated emulator for PS2 lovers only. If you are willing to play PS1 games on your PC, certainly PCSX2 is not for you. However, they have an exclusive ps1 emulator to Play PS1 games. 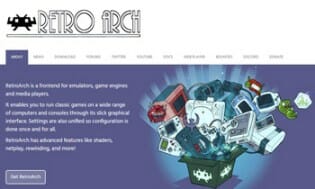 RetroArch is a cross-platform open source PSP game emulator and a media player. Regardless of which device you use, RetroArch shows extreme compatibility with most of the media streaming devices including mac, windows, Linux, and Android phones.

RetroArch offers an intuitive and sleek interface and it makes use of a powerful development interface called Libretro. The RetroArch runs high graphical games in remarkably high quality and offers advanced customization options to make you change the Interface of your game the way you want it too.

There are several amazing features offered by RetroArch which makes it one of the best PSP emulator programs out there. The features include Multi-language support, the ability to enter and load cheats,  shaders, game rewinding, support for wide range of computers and consoles and more!

This emulator is extremely easy to deal with and offers intuitive interface. In fact, the developer of this app has even created an exclusive Youtube channel for the tutorials, news and development progress about the app. 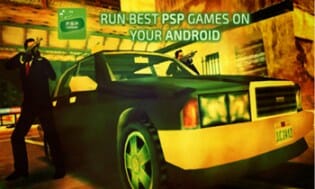 With best gaming experience and high definition graphics support, Sunshine Emulator is my next choice as one of the top Android emulators. This emulator is based on the PPSSPP emulator. So naturally, it contains all the PPSSPP features with some addition to it.

The Sunshine Emulator for PSP works great on most smartphones and tablets even on the Android phones with lower Android versions. Like any other top emulators from the list, the Sunshine emulator comes with features like fast game speed, good gaming sound, amazing game controller, Easy network gaming and the ability to save and load the game state.

Besides that, this emulator is advanced enough to run a huge amount of PSP games in high-quality graphics and full speed.

So all in all, Sunshine Emulator For PSP is a cool emulator with over 3.9 rating on the Play store. Do try it out and let me know your views on it in the below comment section. Now let’s move further to the last emulator in my top 10 list. 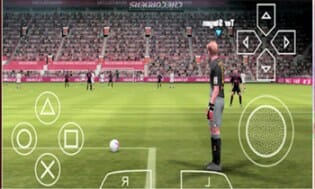 The last one in the best PSP emulator programs list is SuperFast PSP emulator. It’s basically an Android emulator which allows you to play, PlayStation games on your Android device.

Some of the features of SuperFast PSP emulator Pro includes best game compatibility, considerably good game controller, the ability to save and resume the game where you left off, and support for networked gaming. And of course, SuperFAst PSP Emulator is free too.

So these were the top 10 best PSP emulator programs for computer and Android users. With SuperFast PSP, we have reached the end of the list and it’s time for me to wrap it up.